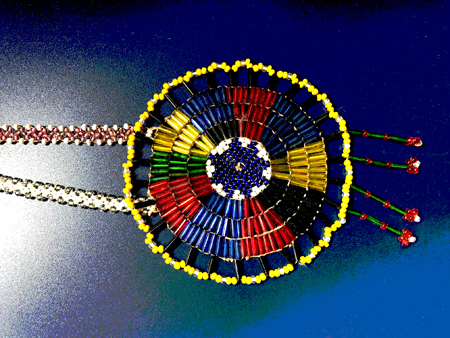 When I was a student in communications school, I produced a short film called “Green,” which I copyrighted as part of a series about colors. “Green” conveyed the contrast between the beauty of nature (even before the term was popularized to mean environmental concerns) and the harsh politics of the time. It opens with a young woman finding a green bottle in a park – and wraps up with her blissful world being destroyed by anti-war protests.

Years later, in 2011, I stumbled upon an article about synesthesia, the neural mingling of senses, and was intrigued by the idea that some people could see words as colors. On January 12, 2012, I posted a blog on my since-dismantled website, “Words on the Fly,” that proposed the idea of “reversed synesthesia,” where writers could turn colors into words.

I had just returned from a trip to Aruba, and my head was filled with tropical images. I wrote:

“This building, for example, wasn’t ‘yellow.’ It was sunshine, finches, bananas, and optimism. It was brighter than legal pads, less orange than yolks; it was coreopsis in the desert, daffodils in spring. It was baby chicks and lemon meringue pie.

This building, was not ‘green.’ It was Ireland and watercress, tempera paint and mint jelly. It was the sweater worn by redheads and parade hats. It was lime Jello ™ and Crayons ™.

Nor was this building ‘pink.’ It was cat paws and possum noses. It was the inside of fading roses that climbed on the fence of my childhood home. It was raspberry ice cream and vintage damask. It was ground phlox and wood hyacinths.”

The fascination with synesthesia slept in my mind, until it was awakened several years later when I was writing an article about an academically accomplished family. In interviewing the father, he advised me not to be confused if I saw his daughter’s name spelled two different ways. He explained that she had synesthesia and that the color palette of her birth name was irritating. Consequently, they had legally changed the spelling of her name in recent years. At that point, I knew I had to use the experience.

In the following months, I began writing “for real,” and conceptualized the first three books in The Sutherland Series – about an unusually ‘gifted’ family. Tory Roof became the wife’s story, Silver Line was the son’s story, and Absent was to be the father’s story. After Tory Roof and Silver Line went to market, I focused on Absent. The premise is a bit different, because Carter, the husband, is not naturally endowed with precognition or the ability to traverse time. On the contrary. He is a practical, reserved, partially colorblind, think tank executive, limited by his restraint. To handle a camouflage project at work, he needed help – so I introduced Tracee Green, a synesthete who sees words as colors, under the premise that she could improve his perception.

While you might think there is a typo in her name, there is not. By spelling it this way, I create a bond with Carter whose name shares the same letters (quite by accident as this was never imagined way back when I named him).

Using a structure akin to A Christmas Carol by Charles Dickens, I unravel the plot through 4 cerebral journeys, each of which includes 3 trips. These events intertwine with a present-day storyline that involves, not only the camouflage project, but something disturbing at the grand Victorian where Carter is being counseled.

Perhaps drawing on my early appreciation for green, I open the book in an absinthe café, circa 1905 France, and step back from that to tell how this all came to be. It dawned on me, midway through writing, that there’s an interesting dichotomy here: too much color on one hand (in the synesthesia) and not enough on the other (in the camouflage), or thinking of it another way: color gone wild vs color controlled.

ABSENT ebook is currently on a Summer Sale.