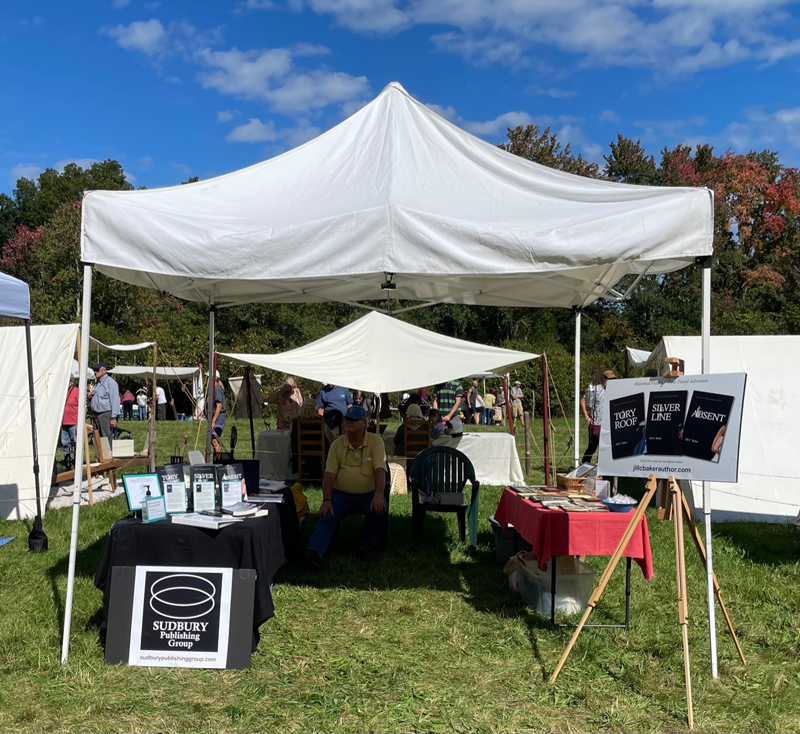 Fall 2021 — Maybe it’s the season, when the veil between the living and dead is said to be thinner, or maybe I was just in the right place at the right time to enjoy a flash from the past. Either way, as someone who writes historical fiction and likes to research, I find it fascinating when both collide.

So, there we were at the Colonial Faire and Fyfe & Drum Muster at Longfellow’s Wayside Inn in Sudbury, MA, standing in our booth in the field. We were talking shop, selling books, and trying to determine if there was interest in framed illustrations from vintage publications. Such a wonderful collection of people stopped by — many with expertise in music, art, history, and education. Some were authors themselves; others were hoping to be. We talked about our personal book publishing journey and what services we could provide through Sudbury Publishing Group. 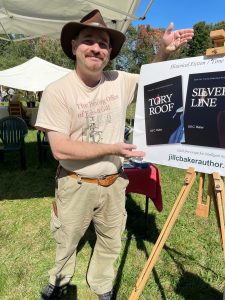 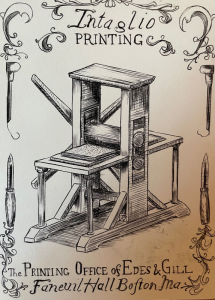 But imagine my surprise when I looked up and saw a fellow wearing a tee-shirt that said Edes & Gill . This Boston-based company was a one of the earliest printers in Colonial America, publishers of the outspoken Boston Gazette. Today they operate a print shop along the Freedom Trail, where they use plates and processes employed by Paul Revere.

Why this thrilled me, is that I mention Edes & Gill in #ToryRoof, and my main character, Sarah Sutherland (in her former life as Sarah Covington) visits their establishment in the North End and ends up writing for them. If anyone checks, they will find Sarah’s words resemble actual language published at the time. To maximize authenticity, I located a digital archive of the Gazette from the summer of 1766 and positioned my character as writing anonymously, lending to the illusion that the words could be hers.

I soon learned that our booth visitor was Andy Volpe, an artist, engraver, and presenter in his own right, who is affiliated with Edes & Gill. He was gracious enough to pose next to our sign, then did one better: he held up his hand-engraved card with an image of an old printing press.

The serendipity of meeting him convinced me that history is alive and well.

In keeping with this realization, I joined a tour of the Mt. Wadsworth Cemetery this weekend, coordinated by the Sudbury Historical Society. It was a wonderfully organized event, featuring reenactors and descendants who told tales of the deceased at their gravesites. We had a town founder (Mr. Goodnow), a Minuteman, a Victorian artist (Florence Hosmer), a Civil War soldier (Mr. Moore), the farmer (Mr. Browne) who had donated his land for the cemetery, and one of my favorites: a socialite named Jerusha Howe who is said to have died of a broken heart and now haunts Room No. 9 at the Wayside Inn. (If you follow me on Facebook at Sutherland Series, you can see videos of her presentation).

What I didn’t expect, was an unexplained blur in my last photo taken at Memorial Park. Was it just sun flare? Movement in the lens? Or something of a more spiritual nature? Whatever caused the aberration, it has fueled my imagination. 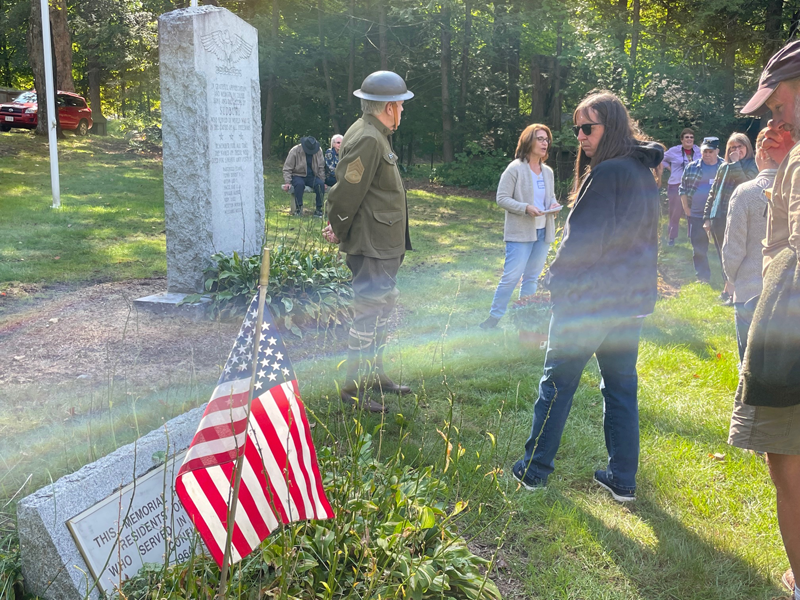